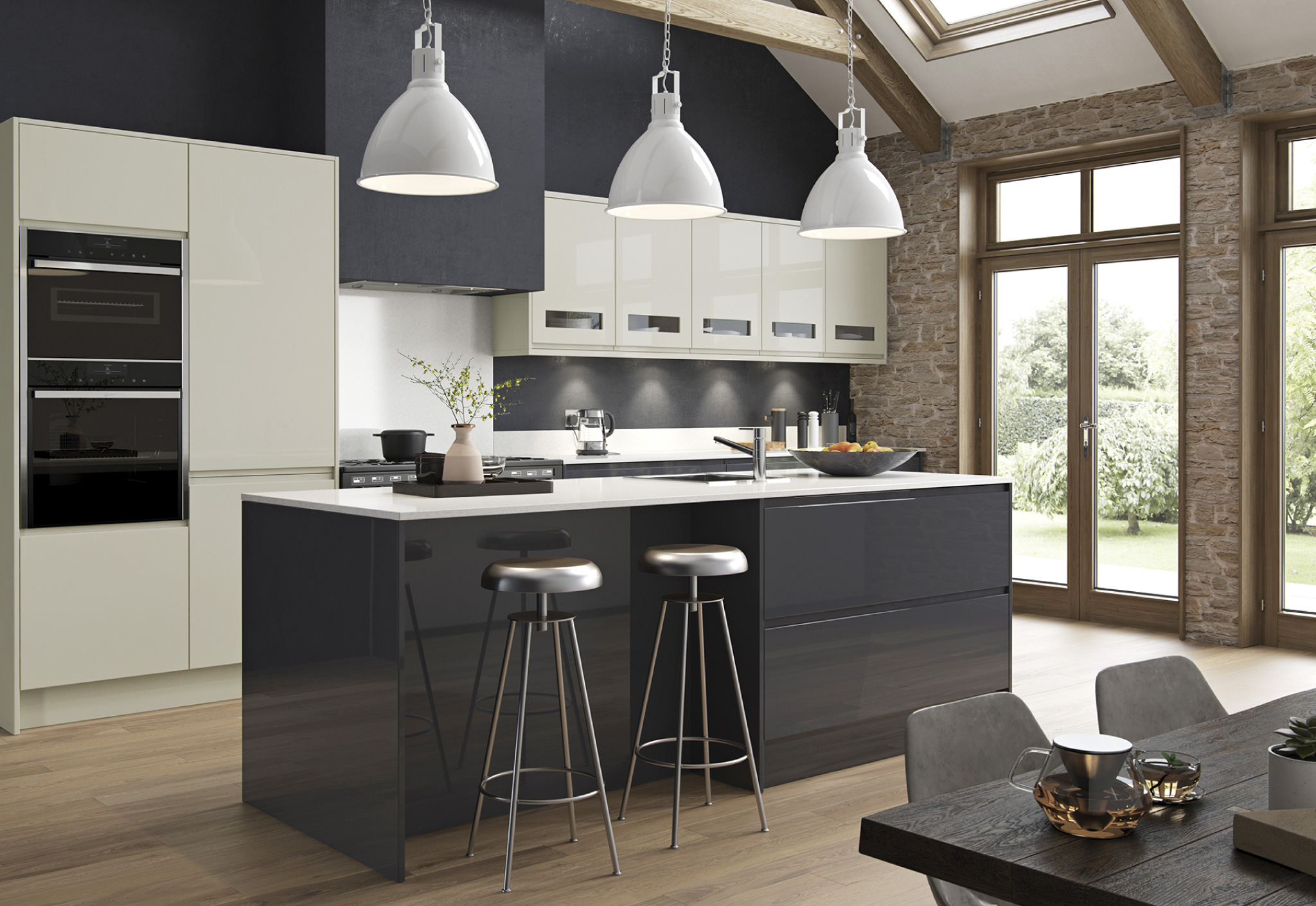 This kitchen’s instantly unique aesthetic is defined by its peninsular island, anchoring the design together under an attractive vaulted ceiling.

The unique shape of the space is one of the key defining features of this kitchen for Mr and Mrs McLeod, especially in the finished design. However, this distinctive space initially posed a challenge for several other kitchen designers, and it was this that finally led the McLeods to consult the team at Moss Hall Kitchens.

In their brief for designer Richard Day, they outlined their vision of a central island for their kitchen, complete with hob cooking and seating areas. Previous designers had found it difficult to successfully integrate an extractor onto the apex (vaulted) ceiling above the proposed kitchen island, leaving them unable to fulfil one of the key requirements for Mr and Mrs McLeod’s dream kitchen. 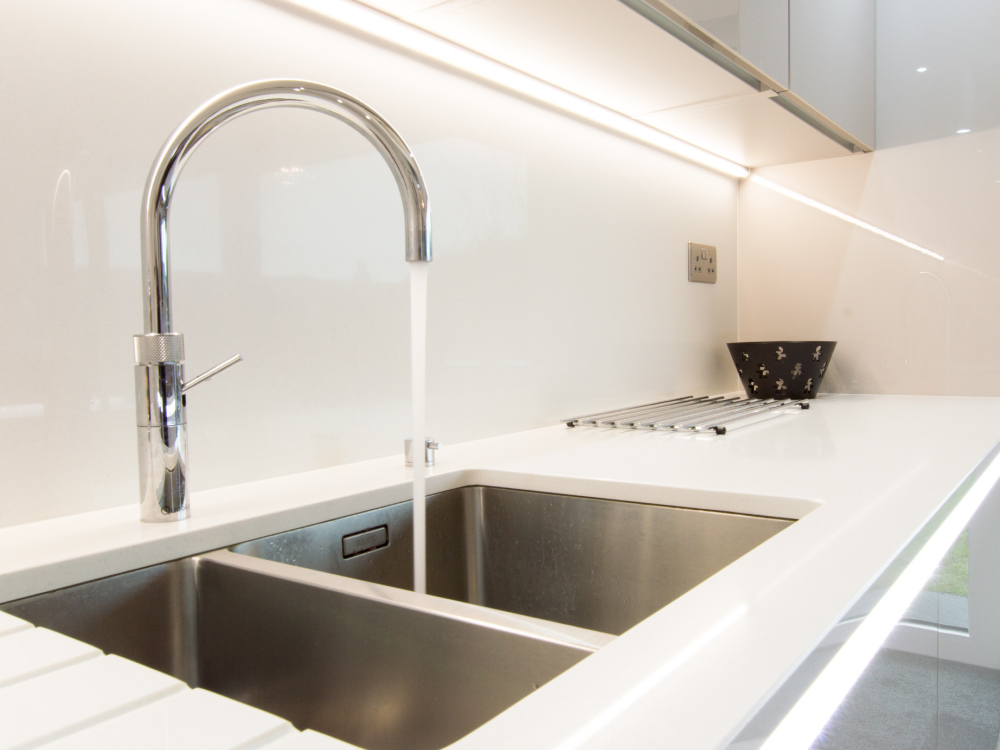 We’ve got no regrets on the design. We know that it would have been so easy to turn us down – but Richard and the team just made it happen

However, having consulted extensively with the couple, Richard came up with an innovative solution to the problem in the form of a peninsular design that neatly bridged the gap between the cooking and dining areas – especially with its Truffle Bardalino Oak breakfast bar – and all without limiting the available space. This approach also allowed for a ceiling-mounted extractor to be fitted above the hob area; the extractor is housed in a suspended header fitted to the apex ceiling, which gave room for the extractor’s venting. Ultimately, Richard’s peninsular kitchen island brings both the hob and the seating areas into the open kitchen space, granting it more function and flow, and fulfilling a pivotal aspect of the couple’s vision for their dream kitchen.

The kitchen is completed with a range of powerful, high-tech kitchen appliances from industry-leading supplier Neff. Amongst these is a Slide and Hide Neff oven, which boasts a central feature that allows it to be effortlessly cleaned. Its pyrolytic setting heats the interior to 500oC, keeping this heat locked in through use of its Cool Door technology. The extreme heat burns off any grease or residue stuck to the interior walls, allowing it to be simply wiped down once cooled. The slide and hide oven is joined by a combination oven and microwave, warming drawer, and an 80cm Flex Induction hob for maximum efficiency when cooking. Finally, the kitchen is also outfitted with a fully-integrated dishwasher, a fridge freezer and a dual zone wine cooler.

This functionality is beautifully complemented by the handleless kitchen’s clean, contemporary aesthetic, with worktops in a pleasing Morning Frost Quartz. Similarly, the kitchen’s units contribute to a stunning visual effect with Cashmere High-Gloss Doors and Cashmere Carcase. Meanwhile, in addition to forming the breakfast bar, the Truffle Bardalino Oak also creates a fantastic feature frame around the taller units. We offered a full service offering to Mr and Mrs McLeod, which included the design, installation, building, flooring, electrical, plastering and plumbing works.

The couple are thrilled with the results. “We love it.” says Mrs McLeod happily. “Love the layout and design – especially now that there’s a lot more storage space. The team at Moss Hall were so attentive, and so calm even when we encountered issues. We can’t fault them at all.”

Arranging a consultaion with one of our expert designer is easy.
simply call the number below to make your no-obligation appointment.

Our Showroom, where you'll be able to view some of our latest designs, is located in Blackburn.